The objective of this campaign is to raise awareness about the need to address the national debt for America’s future. By injecting only the facts in select cities and developing the most accurate debt clock microsite – the Foundation will be furthering its mission by demonstrating broad public support for fiscal sustainability, provide critical background and context to policymakers and voters, and inspire young people to take action to build a vibrant economic future.

In collaboration with the Foundations research team and a group of external developers we developed a living feed that would supply the physical debt clocks and the billboards with accurate daily data. The amount of gross federal debt held by the U.S. Government is released daily by the U.S. Treasury Department at 4:15 p.m. every weekday.

So, how did we get these things to tick?

Since the U.S. Treasury Department only releases the total amount of U.S. debt held once a day, we had to formulate an equation to create the ticking effect to mimick that the debt is constantly rising.

Each business day, the U.S. Treasury Department reports the amount of debt outstanding at the end of the previous business day. Our formula uses that number, as well as debt projections from the Congressional Budget Office (CBO), to estimate the rate at which the debt is currently growing. Our estimates are updated each business day, reflecting the latest information from Treasury and CBO projections that are updated 2-3 times per year.

Debt per person is calculated by dividing the debt outstanding by the population of the United States, as published by the US Census Bureau.

In a nutshell, we take the Congressional Budget Office’s future debt projection (input manually with each new projection) and divide that by the daily Treasury number (scraped from the Treasury’s RSS Debt Feed).

We then take that number, and divide it into equal segments that a .json then feeds to the billboards and thenationaldebt.org microsite feed. 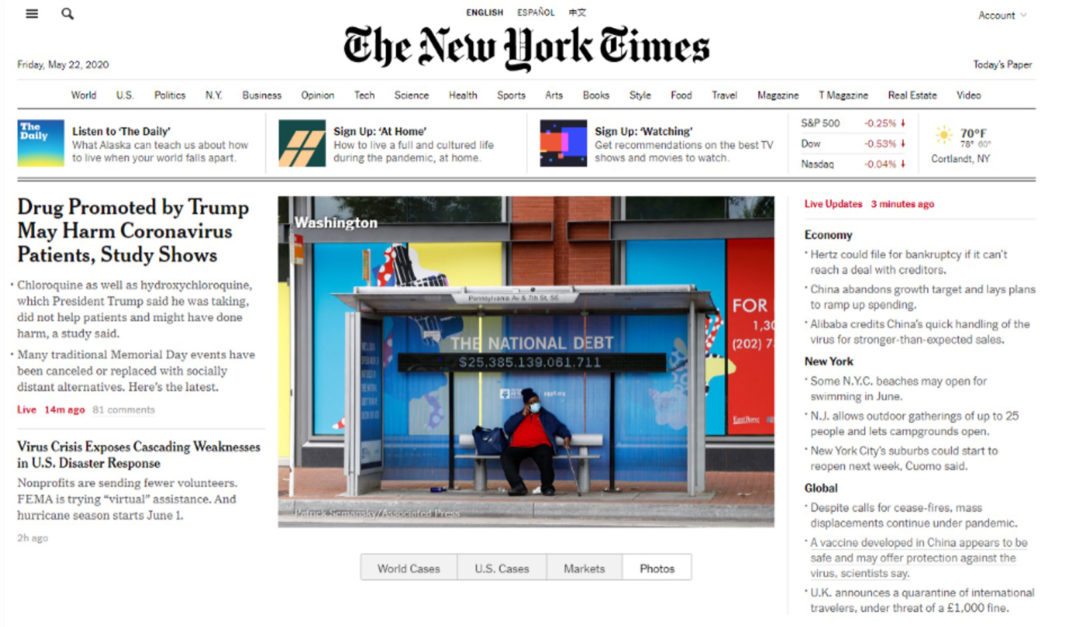 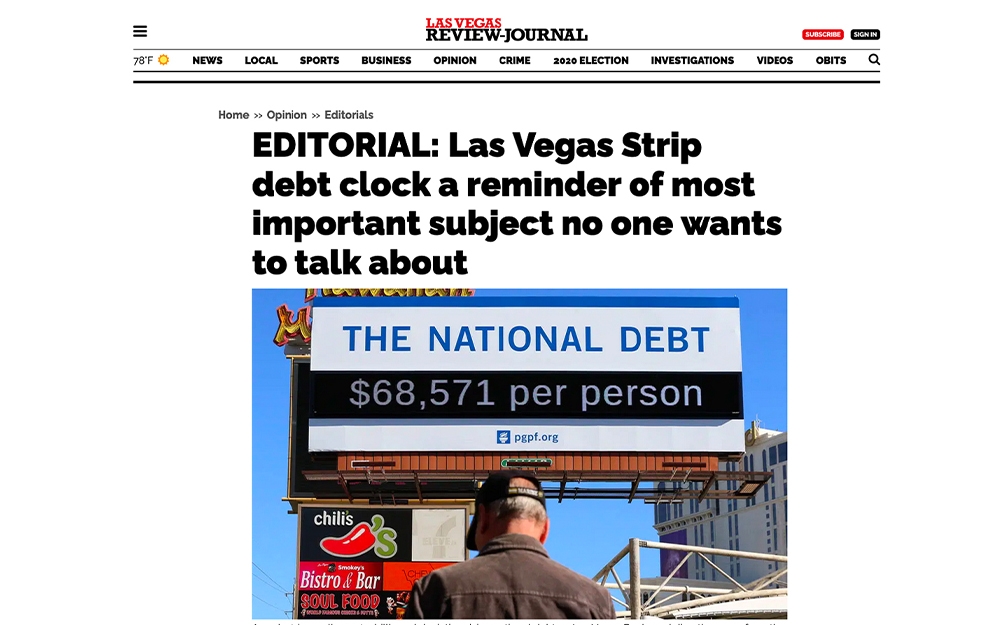 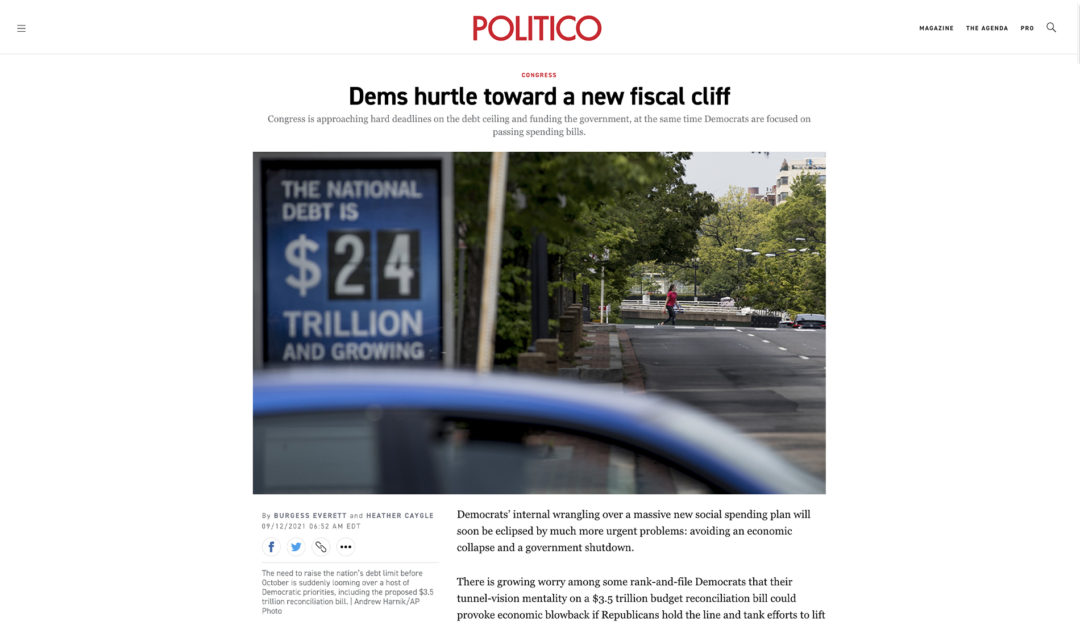 Create a microsite as the digital version of our physical debt clocks. 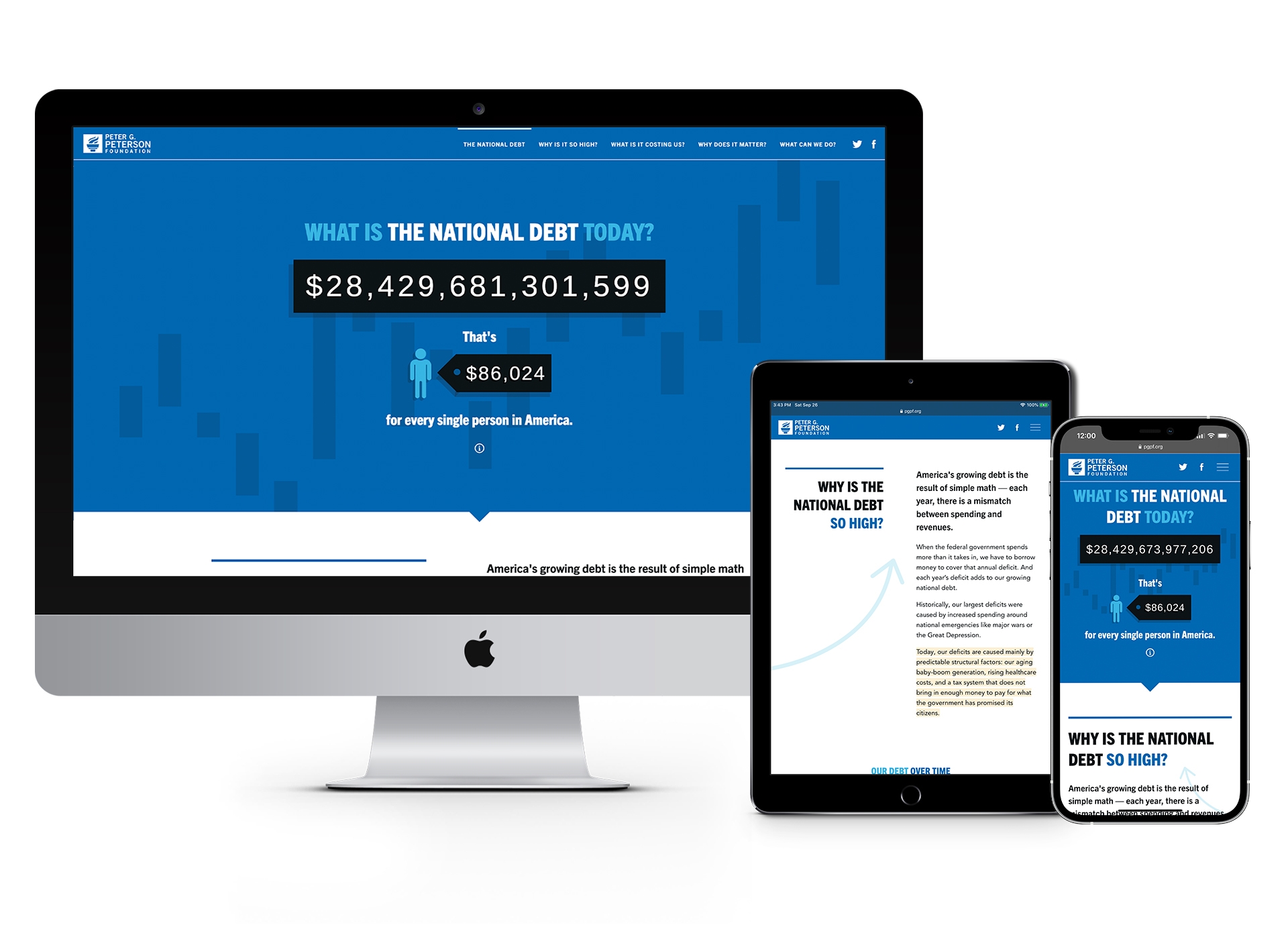 We had to be certain that the site was written in a manner that would be extremely successful in driving organic traffic through SEO.  We did this by writing the page in the form of questions common in google searches related to the national debt.

Followed by h2 tags of:

Furthermore, we utilized charts.js for some simple interactives and sprinkled in some click to tweets to up the engagement level.

Having a clear call to action is crucial on sites like this. For our call to action we tapped our digital consultants at Whole Whale to utilize their politweets tool.  There is not much everyday citizens can do about the national debt – except to reach out to their representatives in the U.S. Congress.  Politweets does just that! 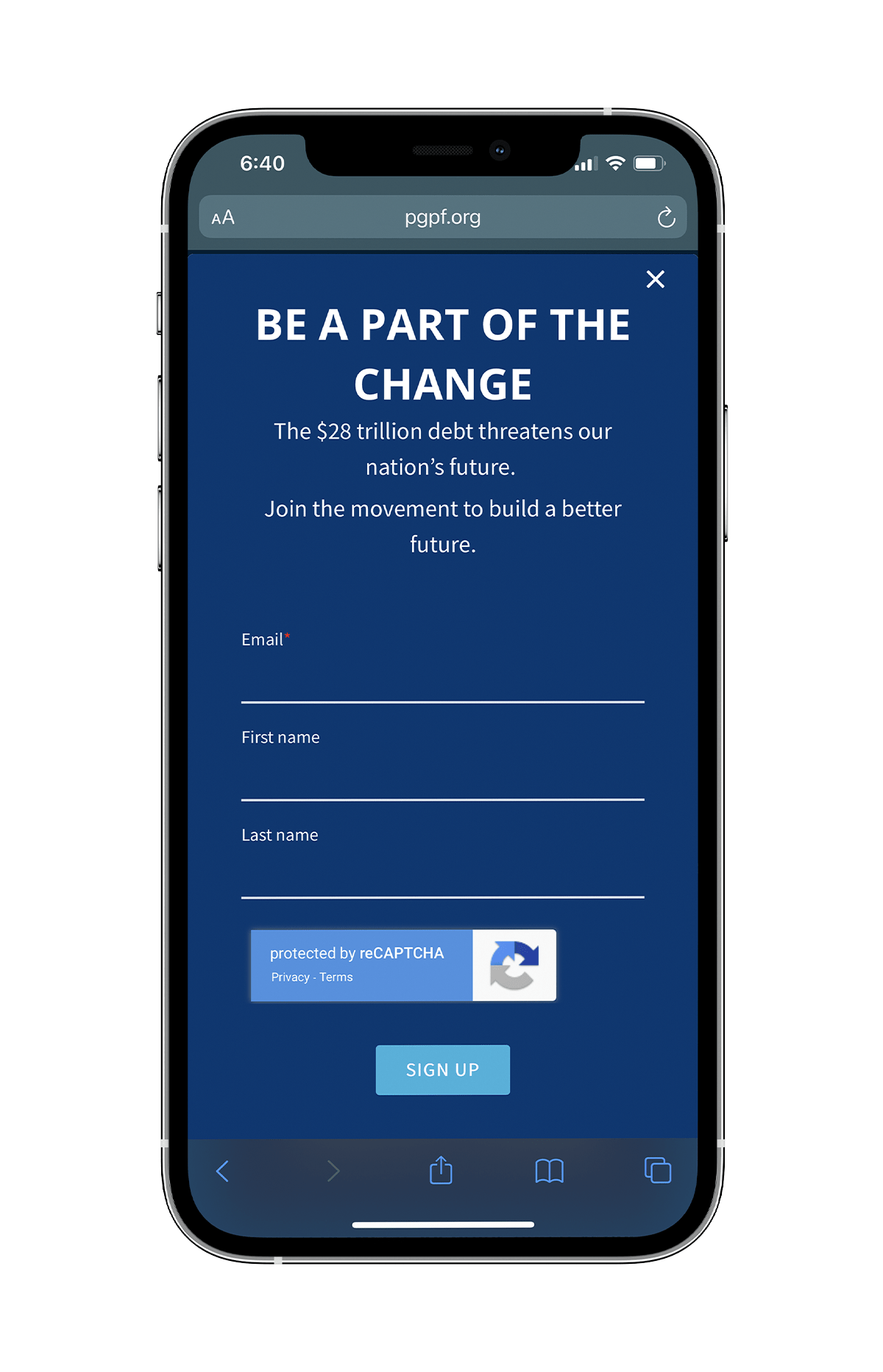 Growing the Peterson Foundations subscription list is vital asset in mission building.  For this page we made the ask relatively low.  We set up an exit intent pop up as well as an inline form at the end of the page.  Users who sign up receive a three part drip campaign on related issues, and are subscribed to our regular newsletters.

← Interactive Tool: How Much Coronavirus Funding Has Gone to Your State?